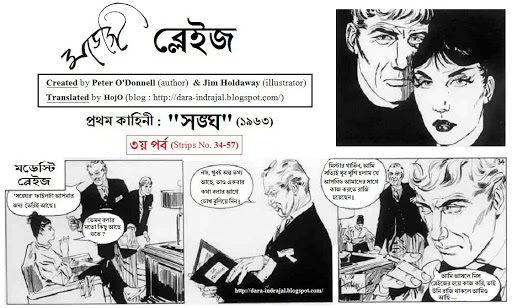 For a change, I'm posting Frank Frazetta's one of the vintage comics. This one is from 1954. In this post, you are going to read dual versions of same comic - side by side - one in original b&w work by the artist & another from the colored pages of the book it was originally published.

Now, if you look at the art closely, you will find out that many of those subtle, fine lines drawn by the artist were lost/smudged into crude, thick lines in the colored book version. All this happened due to the old printing process, specially when they were printing something in color on cheap papers. So, the b&w version will serve you the authentic/original look of the comic, while the colored version has it's own appeal. SO reading both versions side by side is like having "best of the both worlds".

This comic, along with many more, were printed in the art book on the artist : Sensuous Frazetta, where ~80 pages were dedicated to such comics by him & rest of the books were filled with his beautiful and mostly adult arts, sketches, interviews and short biography. Nowadays, many a art books are carrying b&w comics drawn by the artists, mostly shot from the original pages.

I have tried to represent the comic exactly as appeared in the book, but I should admit that art looks much better in the physical copy than the scanned version. 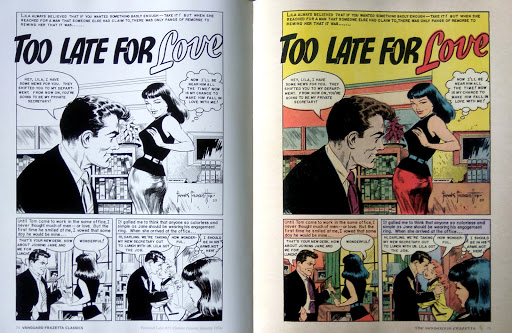 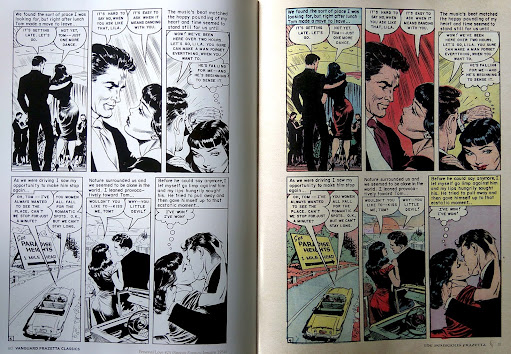 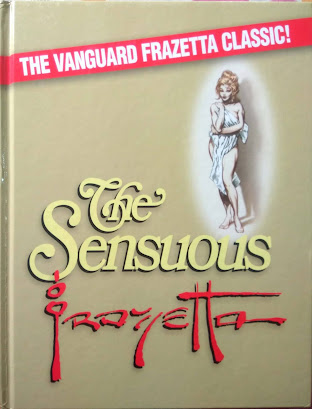 DOWNLOAD 2nd part
Posted by HojO at 1:28 PM No comments:

This is an attempt to translate Modesty Blaise daily strips in Bengali (details already given in this fb group post) and it's always best to start from the origin story - titled "La Machine".

There are some famous series where basic setting & explanation of the origin etc were given in the subsequent stories, primarily because creators couldn't fully envisioned the basic set-up when they were scripting the first story.
And then, there are some series where almost every major aspects were explained in the very first story, and then maintained throughout the series with some secondary changes/introductions. Modesty Blaise falls in the second category, and hence reading this origin story is very important to understand the basic theme and mood of the series. Once you have done with this story, it won't matter whether you are going to read the very next story or the 20th story, or even some from the later run!

I will post the whole story in a few parts. 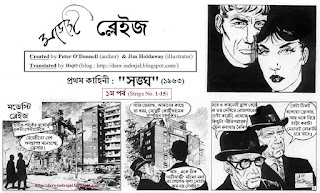 The Garden of the Inca was originally published in the early '70s newspapers,when Indrajal Comics was very much in the business. But for some unknown reason,Times of India skipped this in their comic-magazine and hence it was missed by all Indian fans incld. the Bengali readers...

So here it is in Bengali,translated from the original English version(colored strips are courtesy of Magnus).

This time I have tried bit different thing with the fonts.Actually, have used my own hand-written fonts for this entire comic-strip,much like what we have seen in the old comic-books.This was probably not done before in the blogs, so I thought this would be better.
Personally,I can take both as was introduced/grew-up with both types almost parallelly,but the vintage hand-written one has some different charm,the reason why I did this...!(I have experimented with different inks for the lettering but as it turned out finally that only black and blue inks are most suitable after the scanning,so I have used only these two inks in the whole run.)

@All visitors and fellow blogger friends :  After almost 8 years been in the blogging,I have finally decided to call it a day! That is,this post is going to be my last post as a blogger and that incld. my other two blogs aswell(the comic-cum-literature blog exclusively in Bengali : Bengali Treasure-Trove(BTT) and the social-blog where I have been quite irregular anyway : fly by.. ).

While there will be no new posts in these blogs,I will keep them open so visitors,specially the newer ones, can access the long archives..
Overall it was an eventful journey in these 95 months with 202 posts(at this blog) and 255 posts(in total,incld. some mirrors) which I have enjoyed quite a bit,and that was due to some quality visitors and bloggers with whom over the years I have shared quite friendly relation at blogs/mail/chat/fb and with some, personally as well! (While there will be no new post @blogs,I will active in FB,specially at this group : Indrajal Collectors' Club(ICC) and will post time to time!)

Once again,many THANKS for your regular visits and the in-depth comments that motivated me to continue blogging this far amidst all the problems...